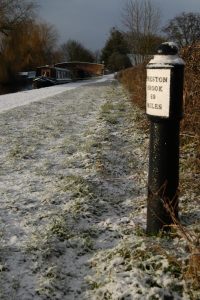 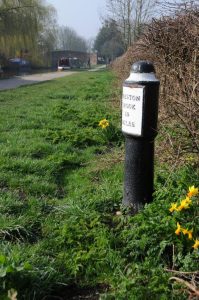 Did you notice that the post appears to have shrunk!

Here is an even earlier scene of  a full-height post 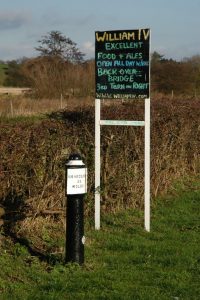 but by March 2009 the makers’s plate was nearly underground 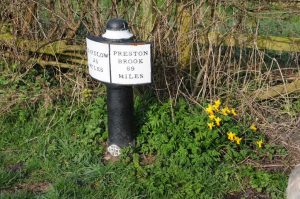 [We seem to recall that the post had been disturbed and there was worry locally that it would be stolen by metal thieves, so it had been concreted in (rather further into the ground than usual!) – Can anybody confirm?]