This is a replacement milepost in the centre of Rugeley, between bridges 66 and 67. Rather mysteriously the plaque says that the milepost was sponsored by “canal enthusiasts” and unveiled by “a group of friends”, instead of any actual names being included. Documents in our archive originally listed the unveilers as “Ashtree Group”.  The report of the unveiling in the July 1984 issue of our magazine “Grand Trunk” does list their individual names, but says that they had asked to be anonymous on the plaque. 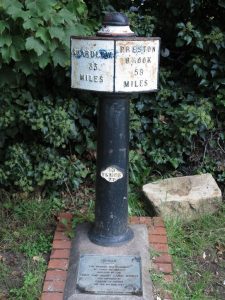 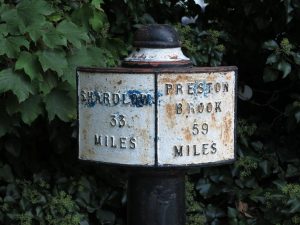 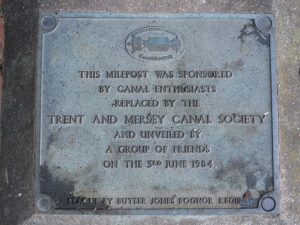