This is a replacement milepost, being unveiled by the then Lord Mayor. 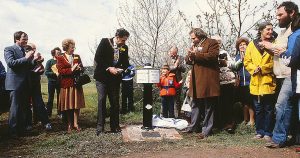 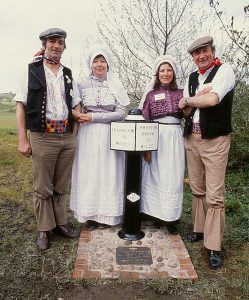 Posing by the Post – People in costume (above), Working Party Officers (below) 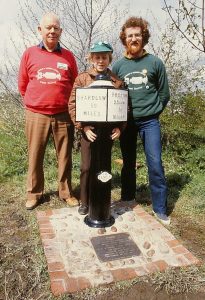 Here is the milepost in 2020, looking very much in need of care and attention. 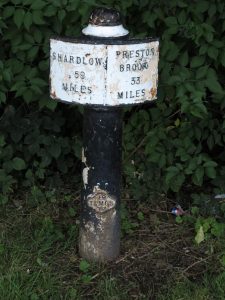 The plaque was nowhere to be found, but digging down we uncovered part of it 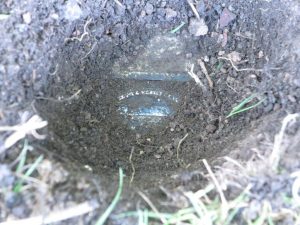 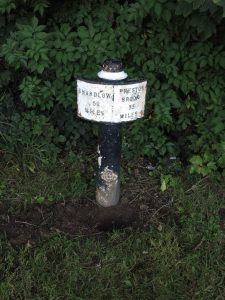 Comparing these photographs to those taken by Phil Myott in 2003, it looks like the ground level was raised when the cycle path was constructed and the plaque (on the plinth) was just buried, rather than being raised and rebuilt. To see Phil’s pictures (in a new tab) click HERE  and then click on any picture to enlarge it. Does anybody know whether our guess about the cycle path is correct, and why the plaque was just buried?

We carefully re-filled the hole and left the plaque safely hidden. 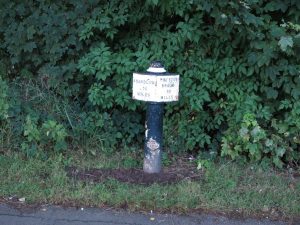